Twitter is an effective platform for entrepreneurs that want to reach out and increase their online presence. But, these efforts don’t provide a lot of help if you can’t engage your followers. Twitter user engagement directly impacts your ability to gain sales leads through this social media platform. Engagement refers to the number of followers, re-tweets, and messages you receive through your Twitter profile.

If you want to boost your Twitter user engagement, then take a moment to review these simple tips.

Every entrepreneur should use a web-based program to shorten their URL links. Studies show that shorter URLs receive more clicks.

The programs that generate these shorter URLs also typically provide a method for tracking these links. You can see how many people followed the shortened URL.

Use Images in Your Tweets

Tweets that contain images receive more clicks and more re-tweets. If possible, all your tweets should contain an image.

If you’re sharing a link to a landing page or a web page that you own, you should set up Twitter cards. This allows Twitter to pull the featured image from your page and place it in the tweet.

You can also upload photos for each tweet. It’s time-consuming, but it can help you get more re-tweets, clicks, and new followers.

Ask People to Re-tweet Your Tweets

Sometimes you just need to ask people to do exactly what you want them to do. Ask people to re-tweet your tweets.

This only takes up a few characters of the space that you have available. Give it a try. Add “RT” to the end of all tweets moving forward. 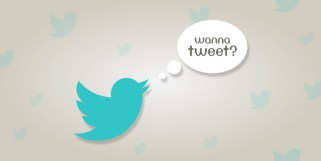 If you haven’t already, you should set Twitter to send email notifications when you receive a new message and when your Twitter tag is mentioned in another tweet.

You should respond to questions and comments as soon as possible. Even if the comment is unrelated to the products or services that you sell, you need to be active on social media. Respond when people talk to you.

The final tip for increasing user engagement on Twitter is to tweet late at night. These late-night tweets obtain about 10 times as many re-tweets as similar tweets sent during the day.

If you go to bed early, you can use a social media management platform to automate the release of your tweets and social media posts.

In the end, using Twitter to increase your online exposure depends more on quality than quantity. The number of followers that you have is less important than how engaged your followers are.

Focus on engagement by responding to tweets, asking questions, and using these other tips. Increasing your Twitter user engagement will help you boost the number of followers that you’ve got, along with helping to increase traffic from Twitter to your website.

Gain even more internet marketing tips and access to a system for generating conversion-ready prospects, by clicking here to learn about my done-for-you system.

0 1 0 0
Previous : Improving Your Email Marketing Strategy with AB Split Testing
Next : How to Grow a Targeted Follower Base on Instagram
Michael Bass